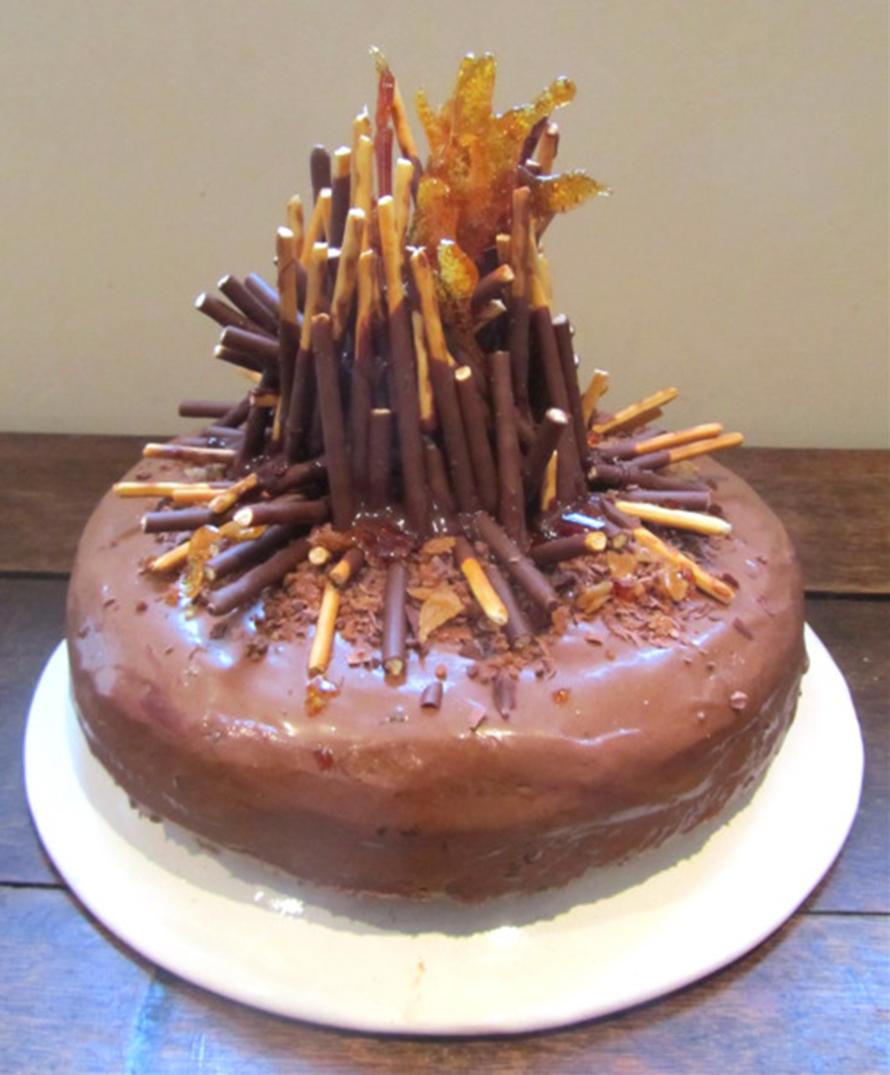 My Bonfire Cake was made as a special request for a birthday on bonfire night. The cake itself was a my version of bonfire parkin covered with a chocolate and marshmallow treacle fudge sauce. The latter of which contained Green and Black butterscotch chocolate, as this was the birthday girls confectionary of choice. I also used grated and broken up pieces of the bar to make up the bonfire ash, together with shavings of homemade toffee. The bonfire itself was assembled using Mikado chocolate covered bread sticks and more of my chocolate treacle sauce all of which was supported by a mound of hidden marshmallows. The flames were created using hardened caramel which I shaped and snapped into fire. Finally sparklers as opposed to candles were stuck in the middle of  the bonfire bringing the cake and birthday to light!