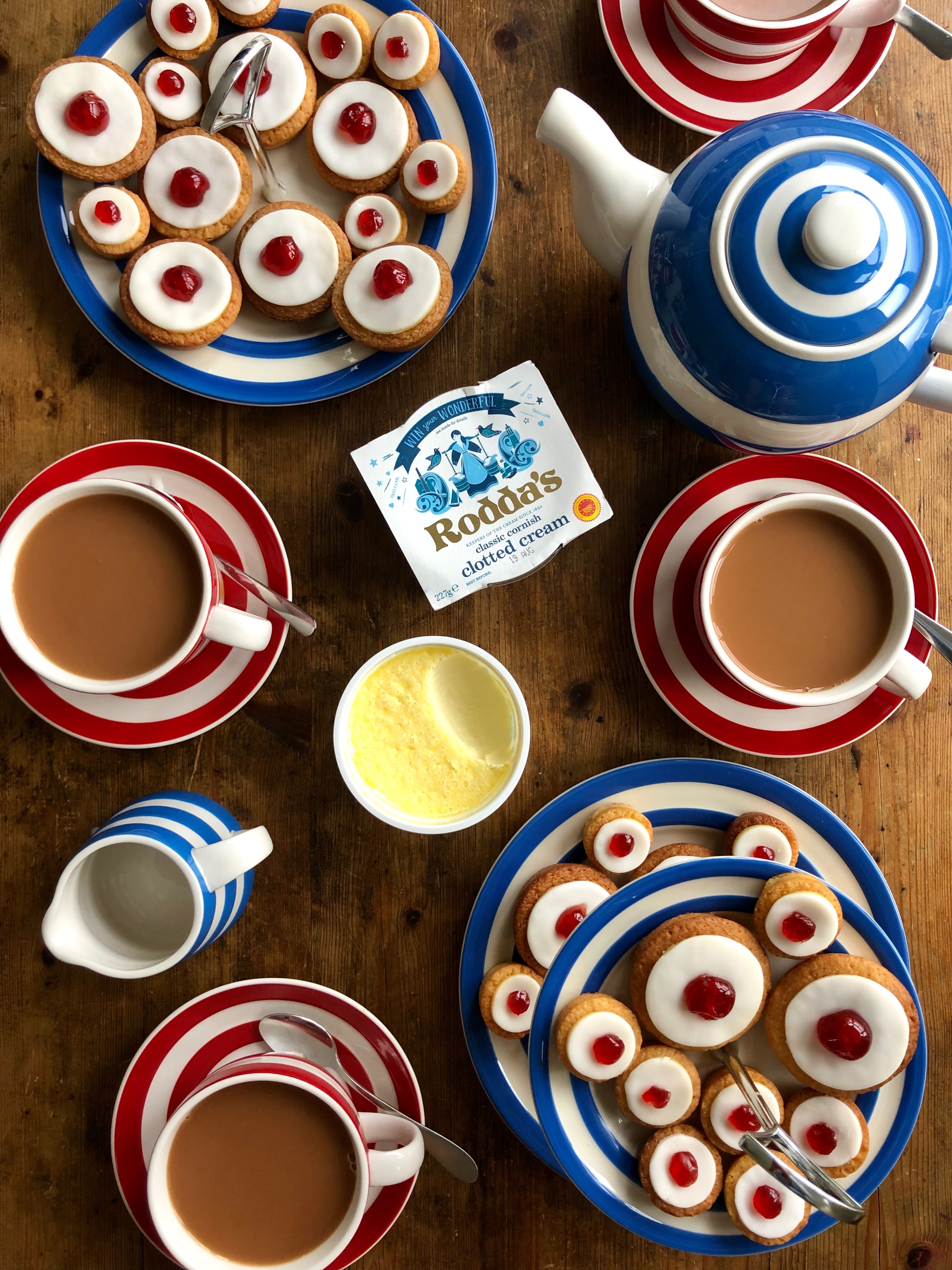 My Cherry bakewell blondies are a contemporary fruity twist, combining two much loved bakes in one teatime treat and more than one spoonful of Rodda’s clotted cream!

From a very small child I have always loved cherry bakewells, and growing up have many memories of enjoying them around the kitchen table with my family for tea. My affection for them is just as strong today, in every guise and size! In fact the popularity of some of my recent re-creations of them made me think of this collaboration to celebrate Afternoon Tea Week and my own collaboration with Rodda’s clotted cream and Cornishware.

Championing the Rodda’s golden crust, that sits on top of their clotted cream, I have added a spoonful (with the remaining clotted cream in the tub, being used to serve) of it to the blondie mixture. Together with golden caster sugar and syrup to really enhance the golden look and taste of the bake. Alongside the golden crust of the iconic cherry bakewell, it’s red and white colour way is reflected in Cornishware’s own iconic stripy red and white tea set, a collection I love as much as the bake itself. Especially if served alongside their equally loved blue and white collection of pieces-much like the mix of cherry bakewell blondie sizes! 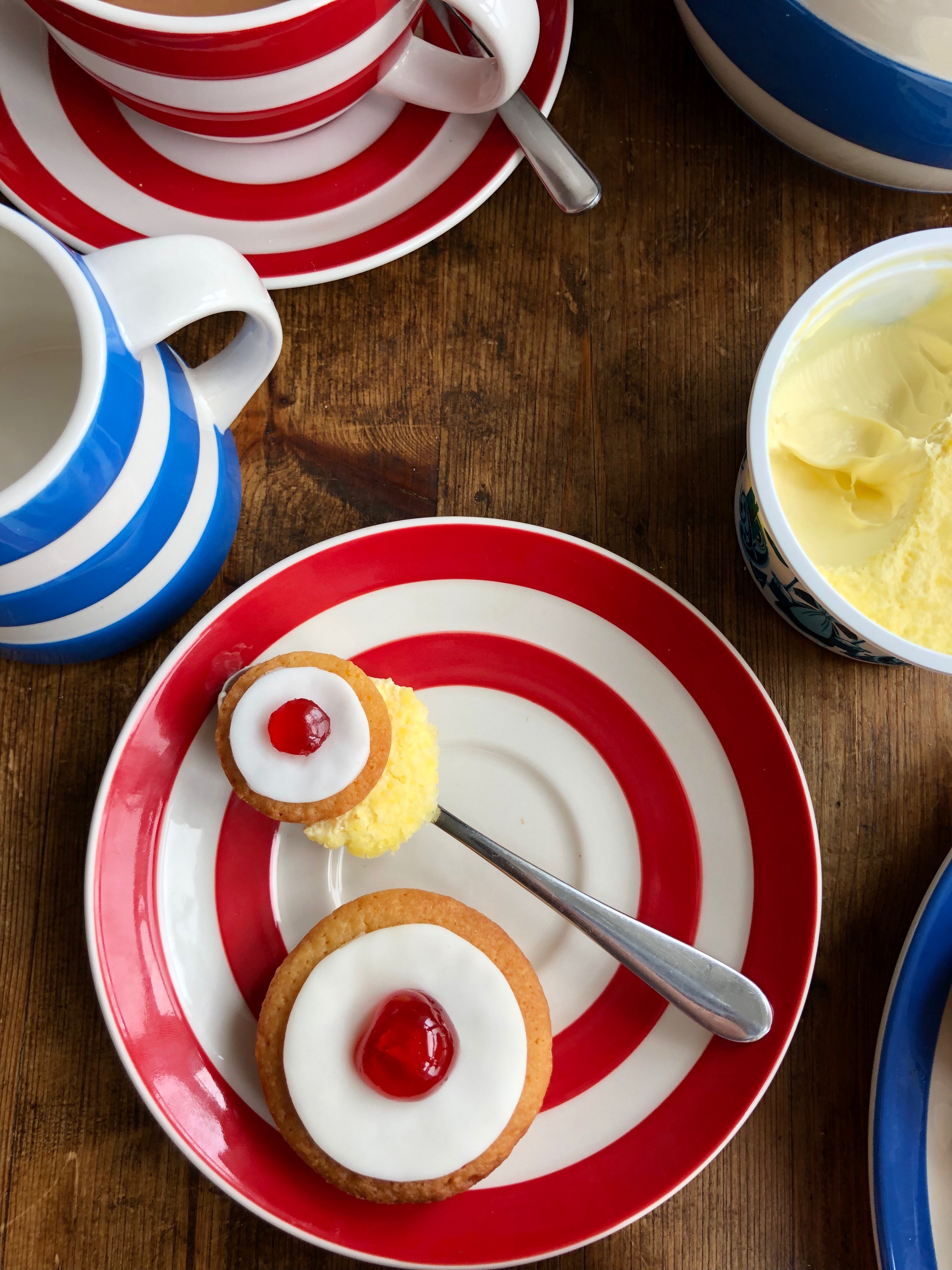 Once baked the blondies ‘golden crust’ core is temporarily removed and filled with jam, before being replaced and covered with both golden marzipan, fondant icing and iconic glace cherry. Thus recreating the impression of a cherry bakewell, but with the traditional shortcrust pastry edge being made up from the blondies golden crust. With bonus Rodda’s golden crust twist. Delicious in its own right but extra special enjoyed with extra servings of clotted cream. Both big and small-bakewells and spoonfuls! 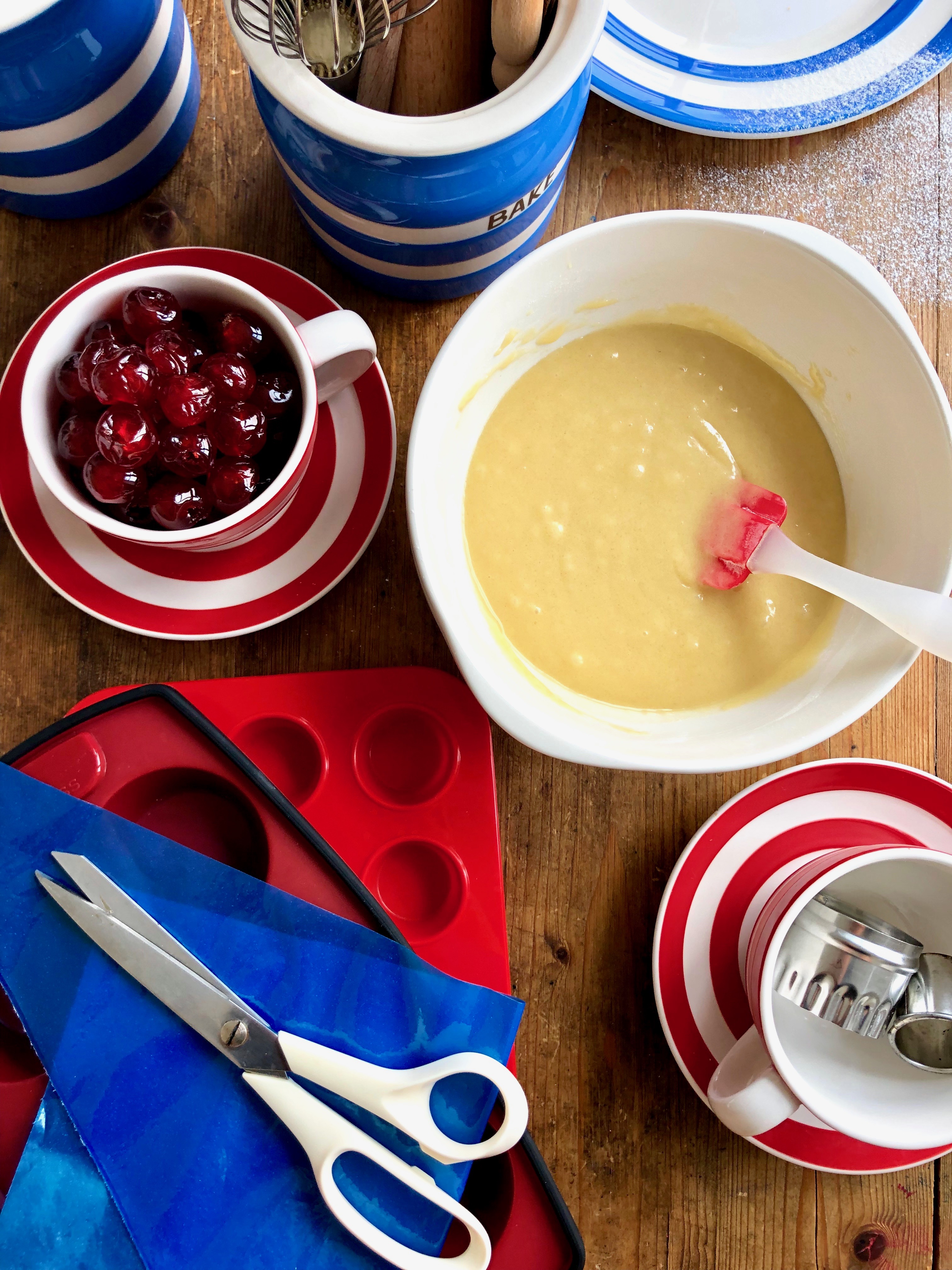