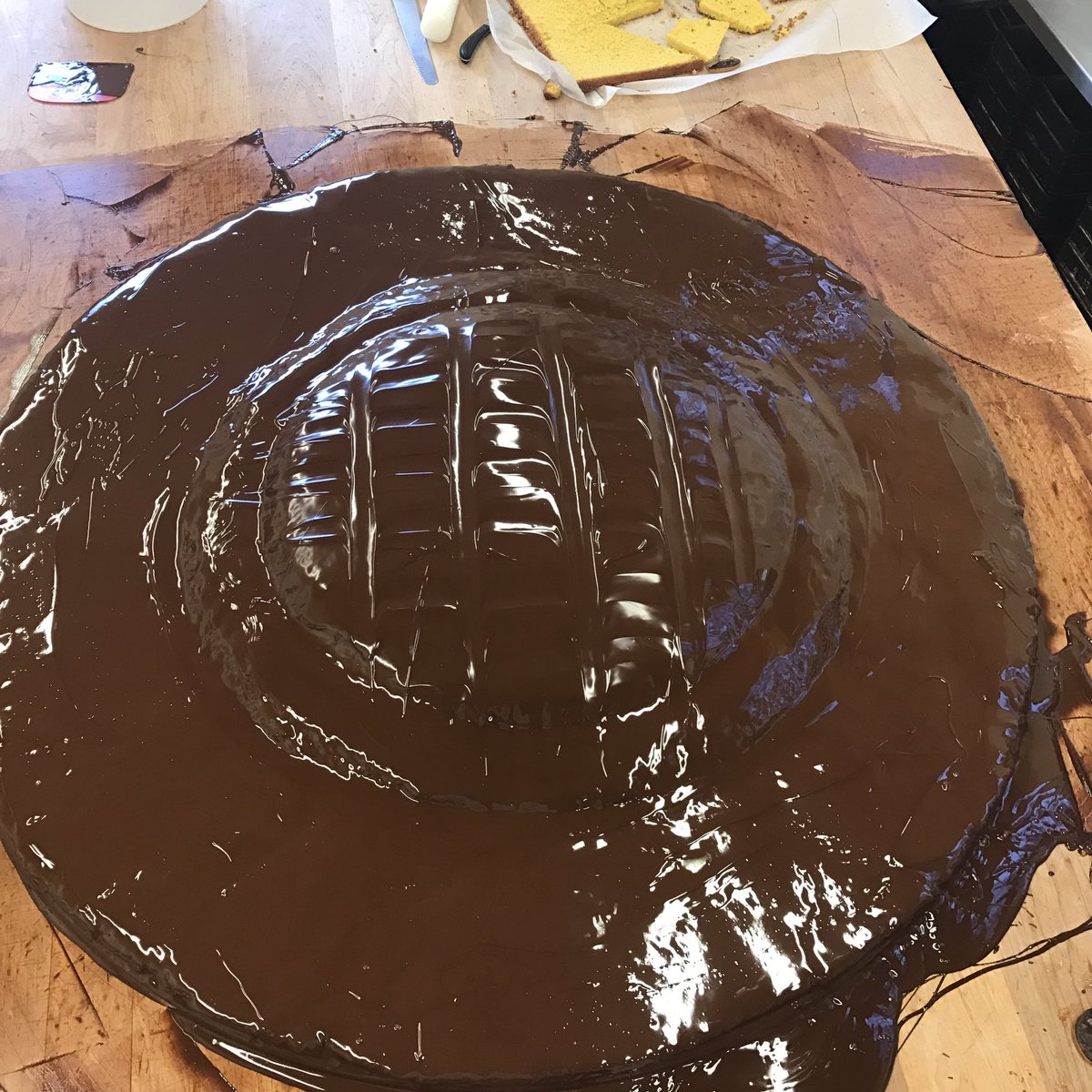 Is it a cake or is it a biscuit? Either way it’s the biggest bake I’ve ever created and big enough to get into the Guinness World Records. My GIANT jaffa cake, was created following being asked to appear on BBC Radio 4’s The Philosophers Arms to settle the debate as to whether a Jaffa Cake is in fact a cake or a biscuit? After a conversation with the producer, David Edmonds we began talking about previous jaffa cake related bakes I’d made and contemplated the idea of me creating the world biggest jaffa cake. What followed was a technical challenge and shopping list like no other and one of Britains best bakeries joining in on the challenge. 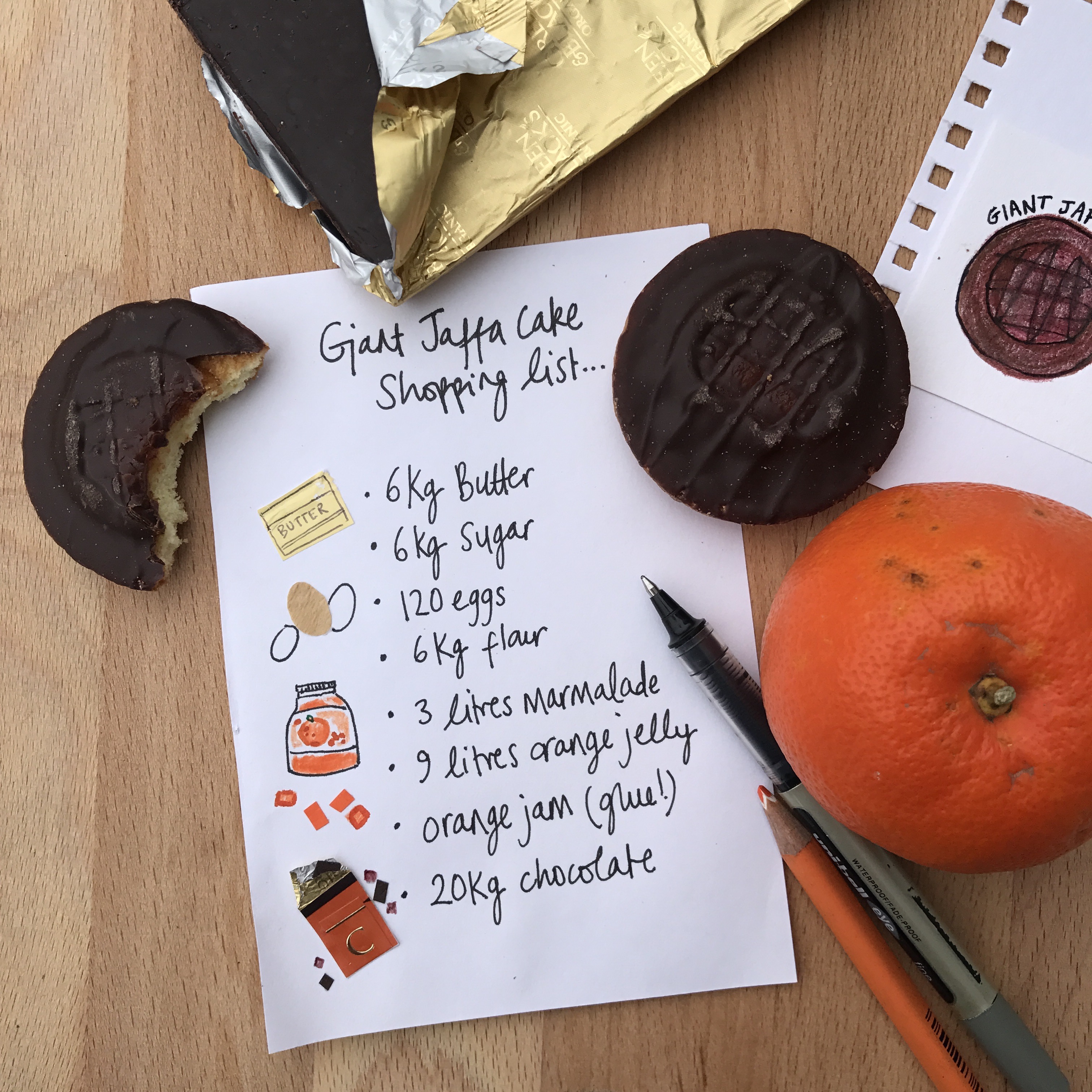 Hambleton Bakery, in Exton Rutland is a bakery local to me and who I’m delighted to be an ambassador for. Aside from having access to Hambleton Bakery’s industrial sized ovens and equipment, it was brilliant being able to team up with the bakery and head baker Julian Carter to create the 4ft plus bake. At nearly 23 times the size of a normal Jaffa Cake, this GWR sized bake required 6 kilograms each of butter, sugar and flour, 3 litres of marmalade, 9 litres of orange jelly, 120 eggs and an enormous 20 kilograms of dark chocolate. By the time the vat of willy wonka sized chocolate was poured on to the bake, it pretty much resembled a flying saucer of epic proportions. 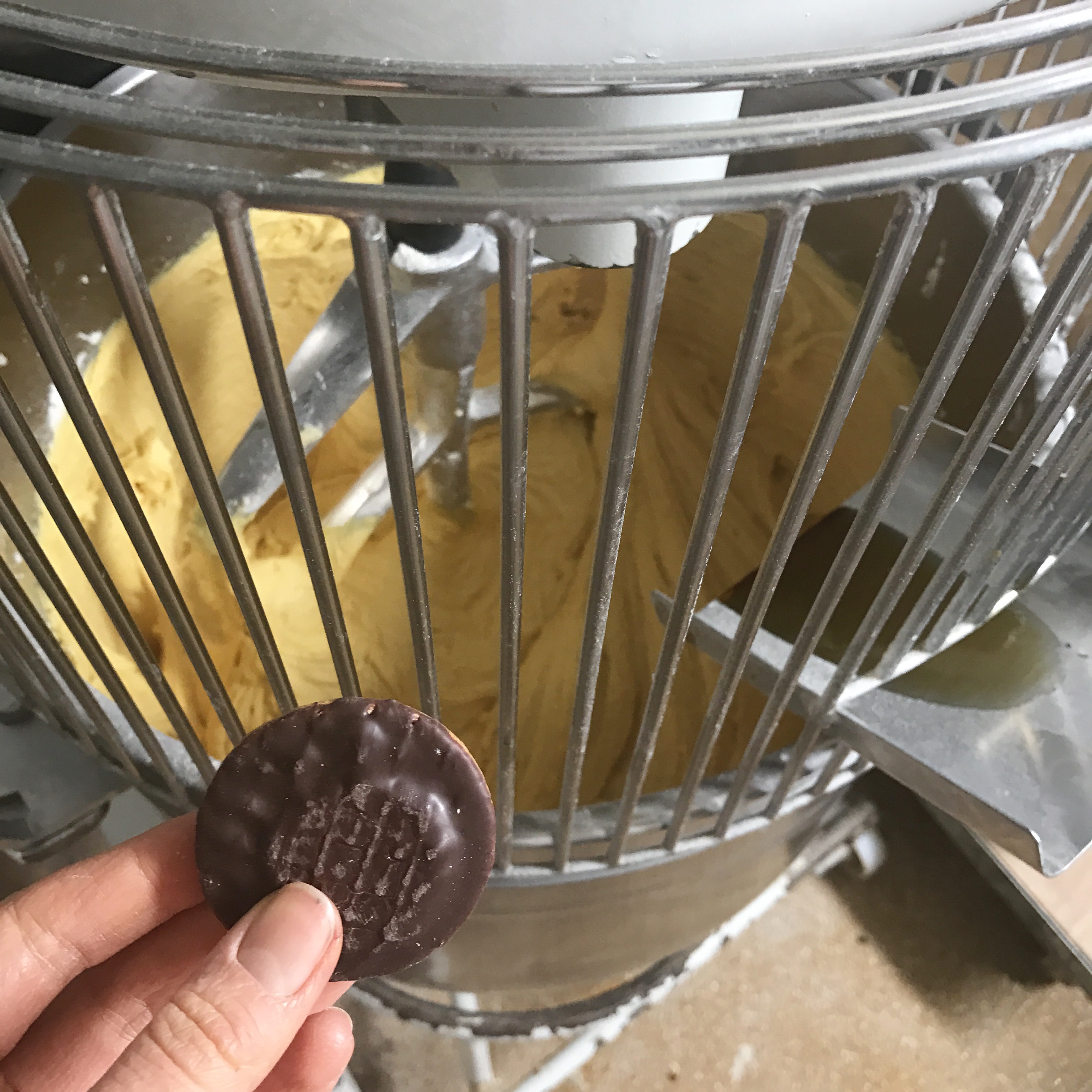 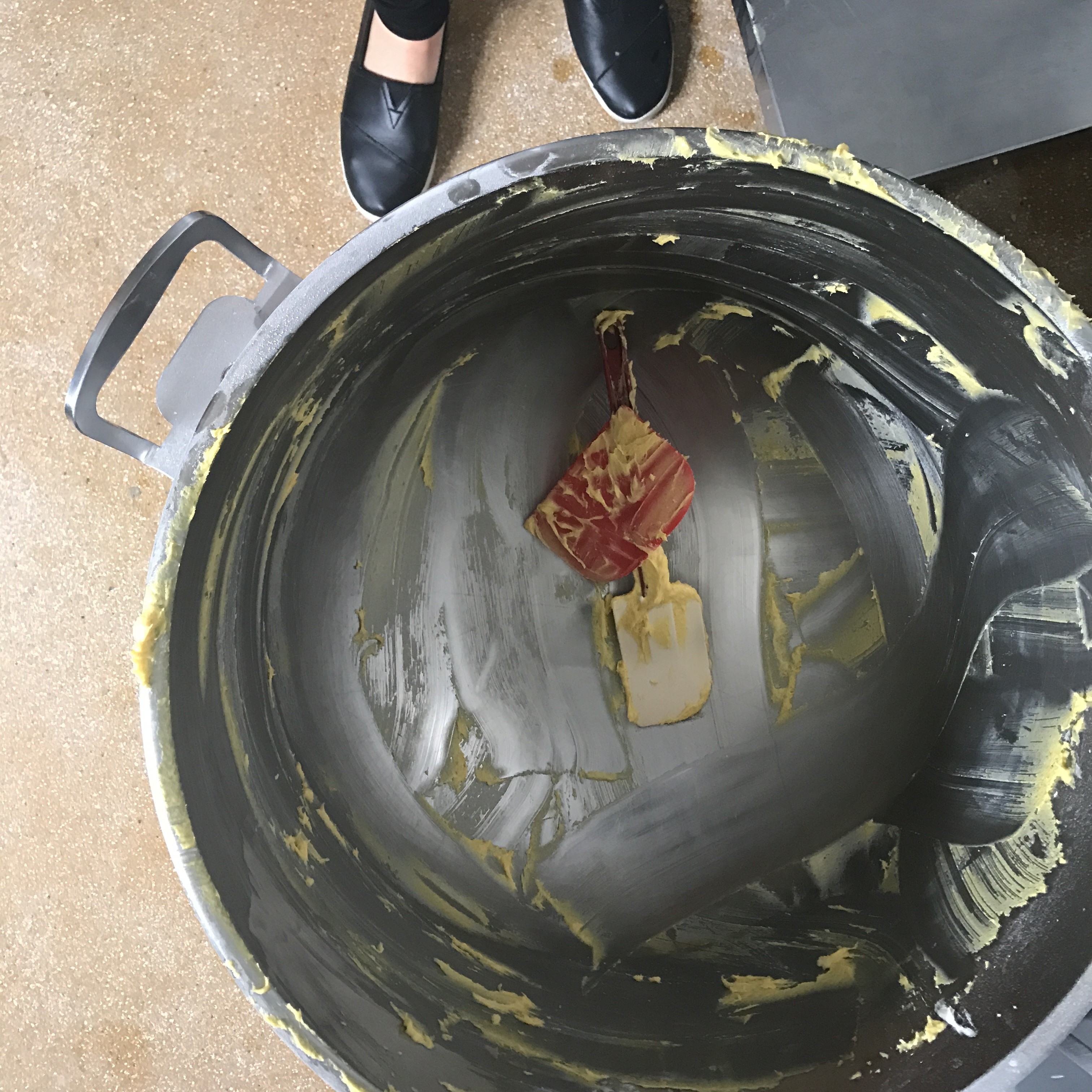 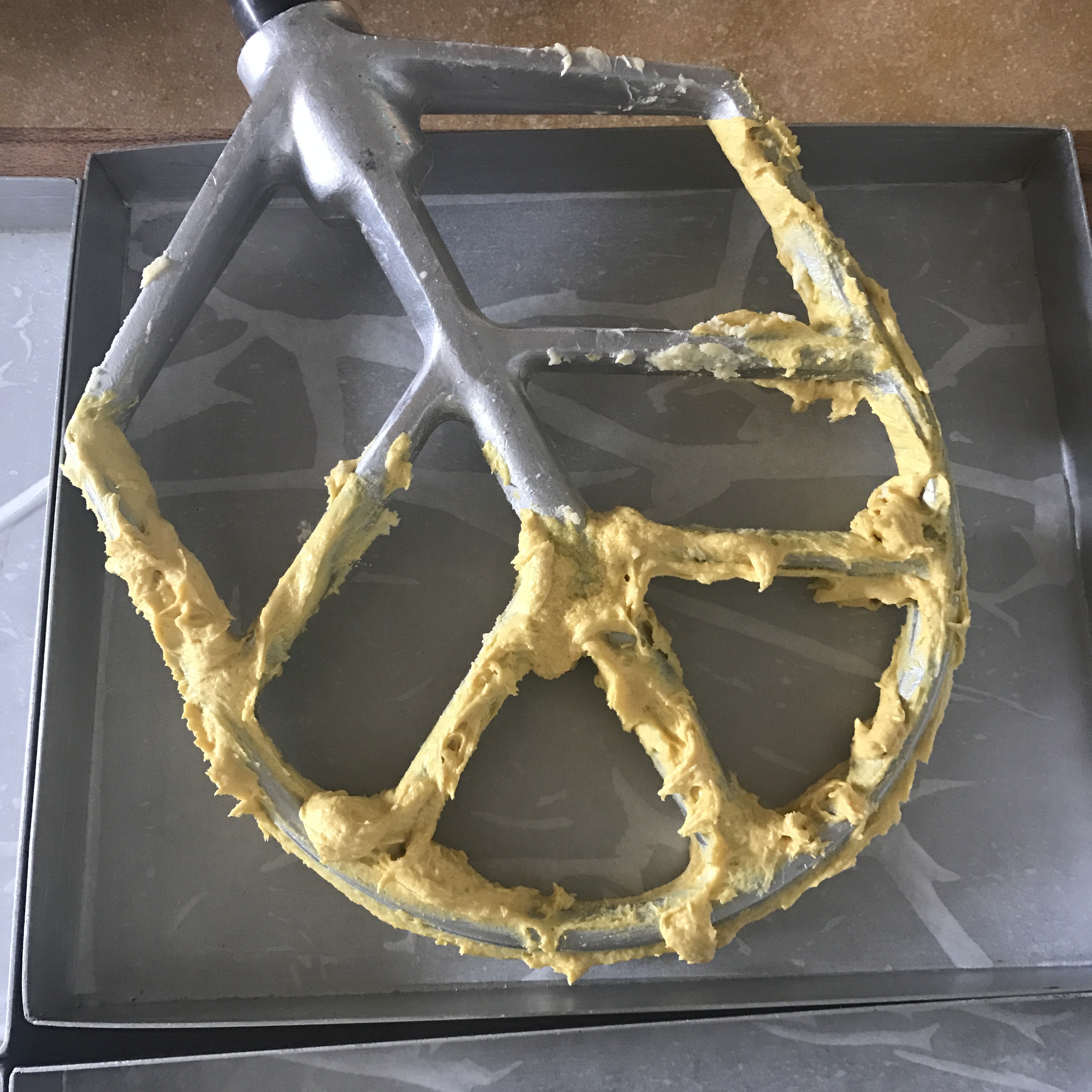 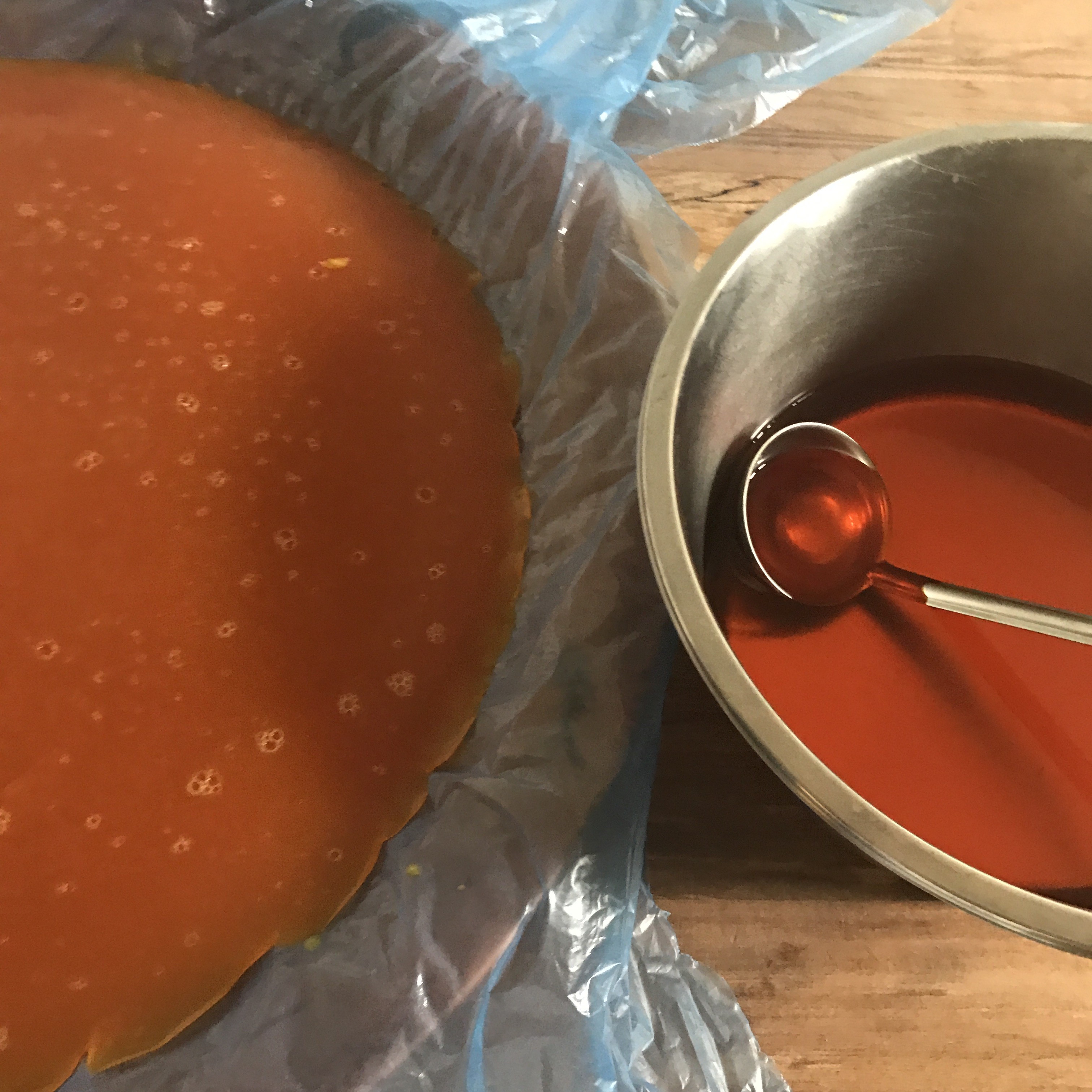 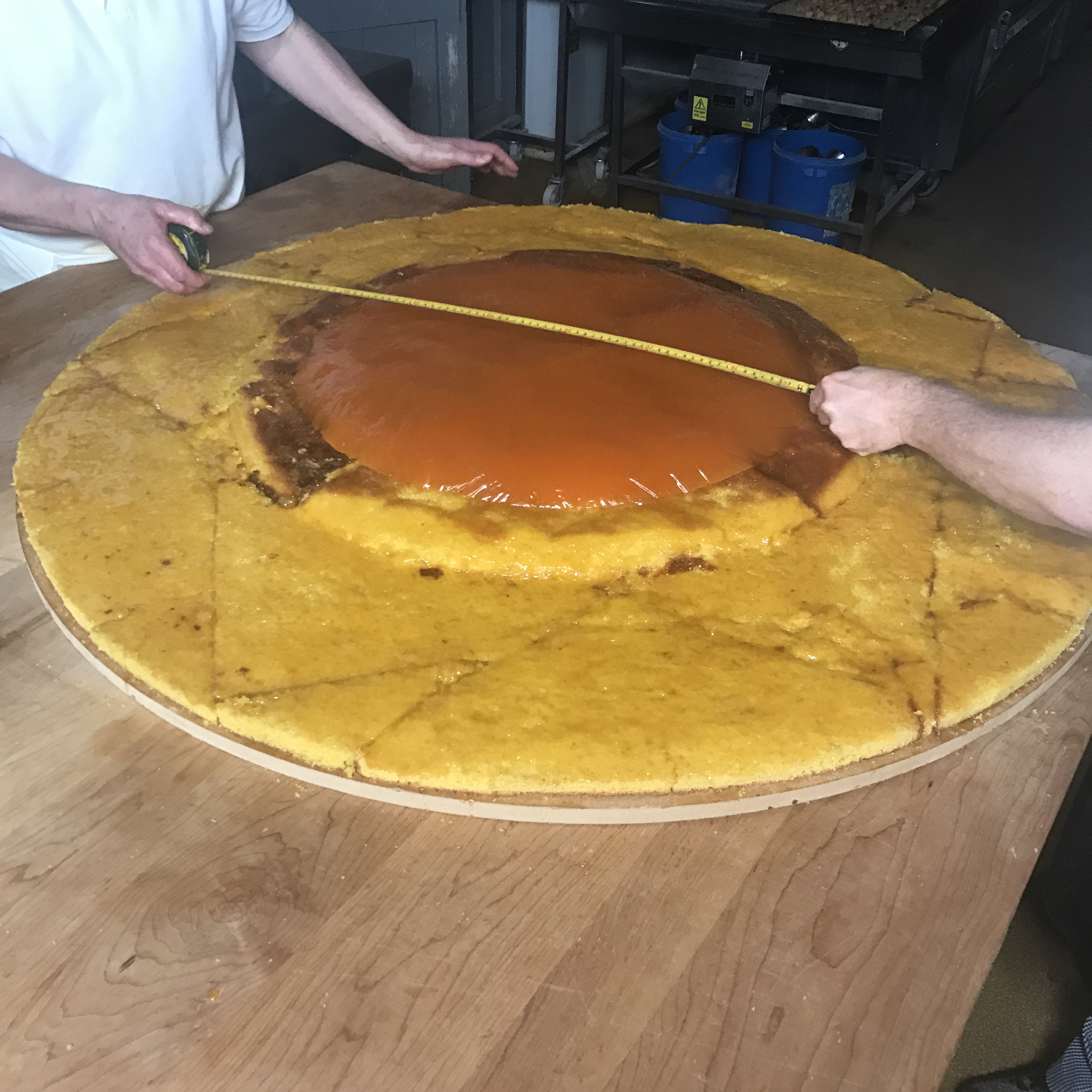 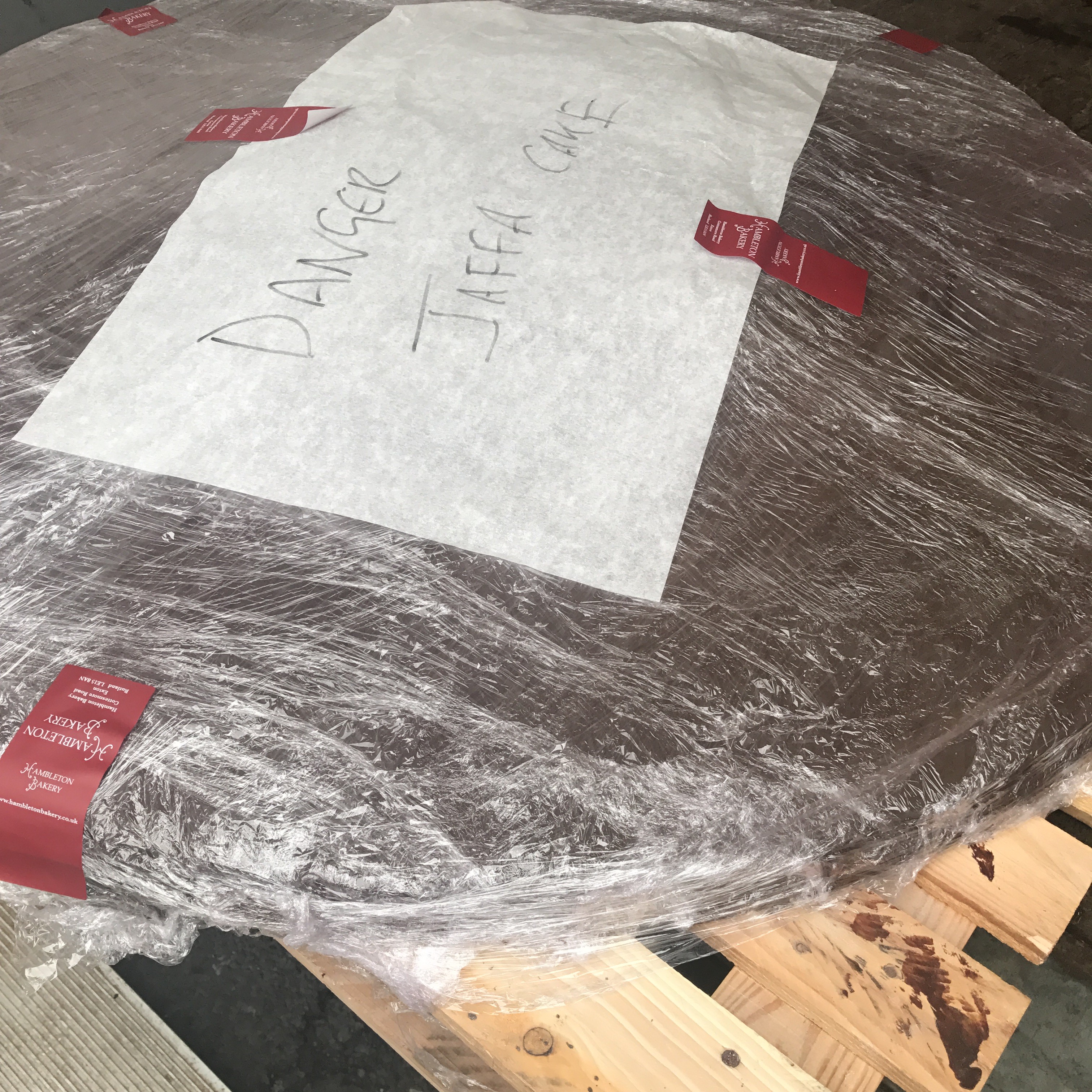 At 124cm in diameter, and weighing in over 50kg it was big enough to fit into the Guinness World Records and book which will be released at the beginning of Sept. After every piece of the bake had made it’s way down to London and been measured and devoured, myself and Hambleton decided to celebrate it’s success by producing individual giant jaffa cakes. This time on more conventional standards, to sell throughout the bakeries many shops and stockists. To see and read more about Hambleton Bakery, visit their website here and to listen to the Jaffa Cake based Philosophers Arms programme and debate you can catch up via the BBC iplayer here