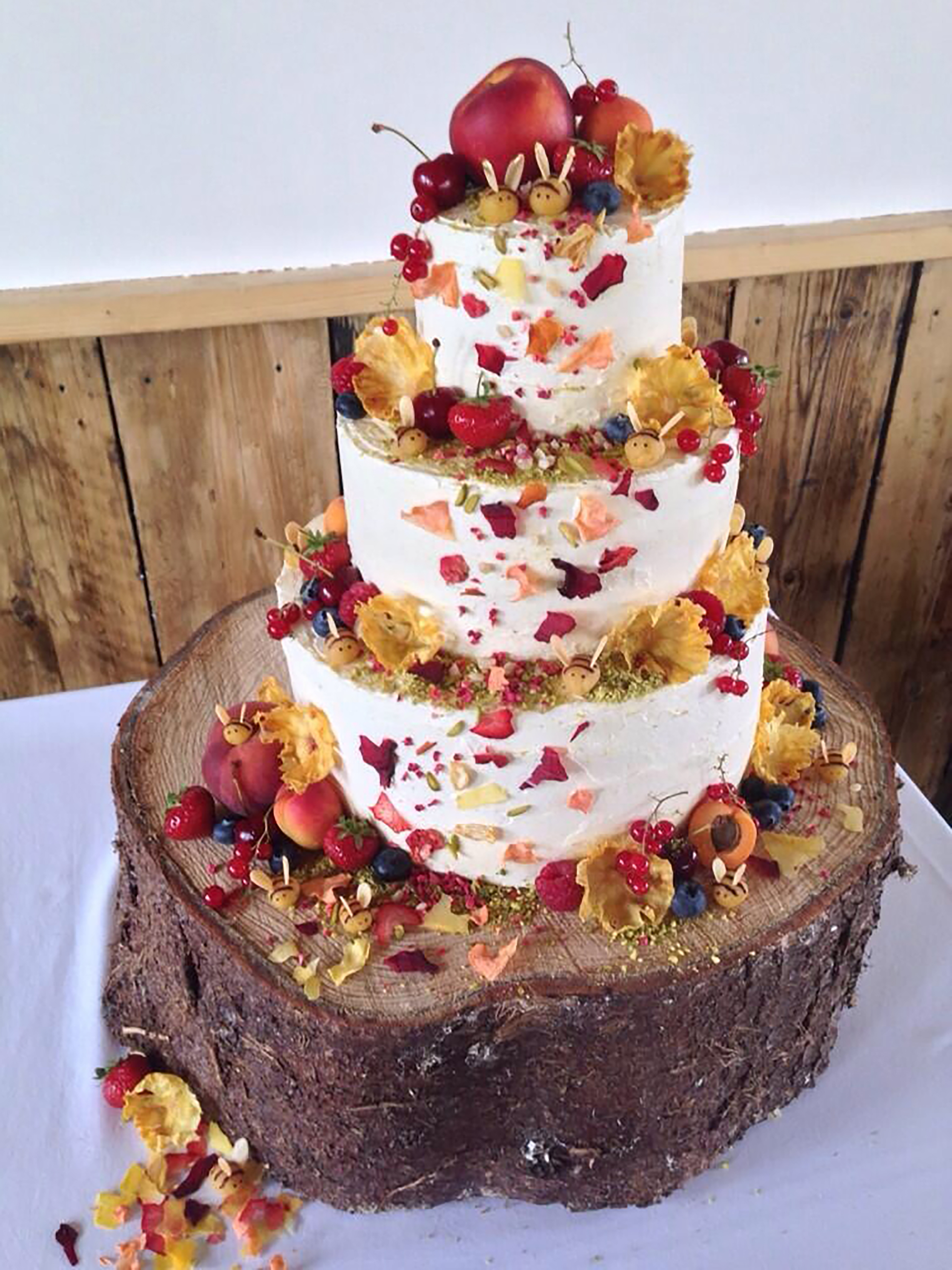 My Midsummer Nights Dream Cake was the final bake I created on the Great British Bake Off, the BBC baking show that has captivated not just the UK but a global baking scene all round the world. Last night my series final aired in the US and Canada and as a result I thought I’d post the very cake that won me the title. Inspired by Shakespeare and my love of all things natural, both are celebrated via the bake. The play itself involves three plots and the cake three different tiers, thanks to the ginger base, lemon drizzle sandwich middle and mini carrot and pineapple top tier. Limoncello features in the bilingual buttercream (mix of both french and Italian!) surrounding all three cakes as a reference to the intoxication and enchantment within Shakespeare’s play. Decorated with fresh fruit, my homemade edible confetti, dried pineapple flowers and orange blossom marzipan bees, the combination of ingredients and components offers both varying textures and colours to the cake. Making it both a feast for the tastebuds as well as eyes. Displayed on a tree-trunk cake stand, the base adds to the rustic nature of the bake and woodland scene of the plays setting. The recipe for the cake can be found on the BBC Food website here. Taking inspiration from the cake I’ve also created smaller scale versions capturing the same essence, marzipan bees and edible confetti found on the original. My Confetti Cupcakes can be found in my new book Quinntessential Baking and there is a little film of me creating them here. Don’t think I’ll ever get tired of making my marzipan bees, which is lucky since I’ve had the pleasure of re-creating them and the cake on numerous occasions-not just weddings!