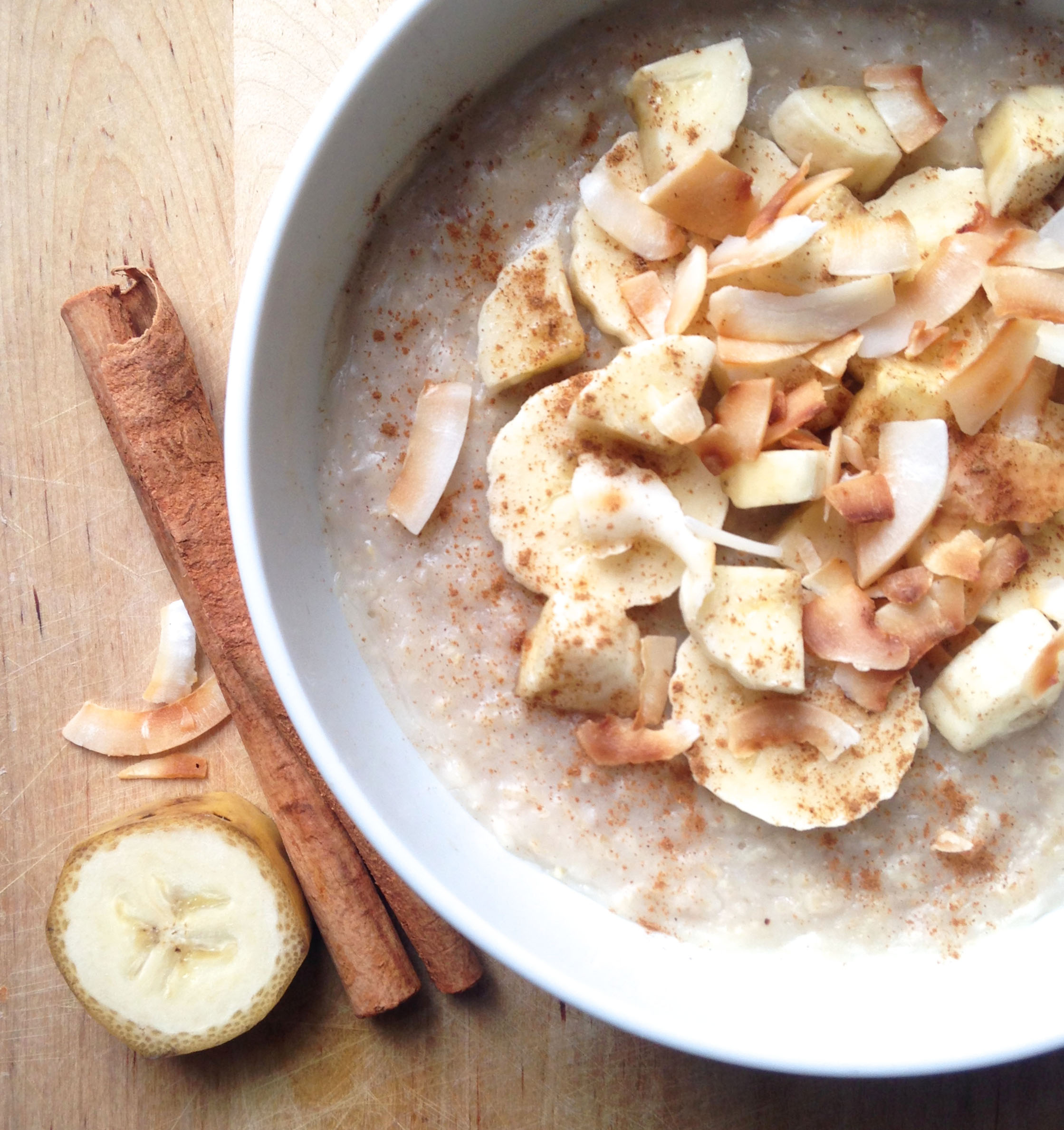 My Caribbean inspired porridge contains a mix of both oatmeal, desiccated coconut and porridge oats all bound together with rude healths coconut drink-which I’m addicted to! Topped off with chopped up banana, toasted coconut flakes and cinnamon the ingredients were just some of those I enjoyed and tasted in St Lucia last week. The cinnamon I used was actually from one of the cinnamon sticks I brought back with me from the Castries Food Market which I grated on fresh. I might not be able to re-create the heat of the West Indies Sun back now back home in the UK, but the flavours and warmth from the porridge certainly helped to brighten me and breakfast this morning.